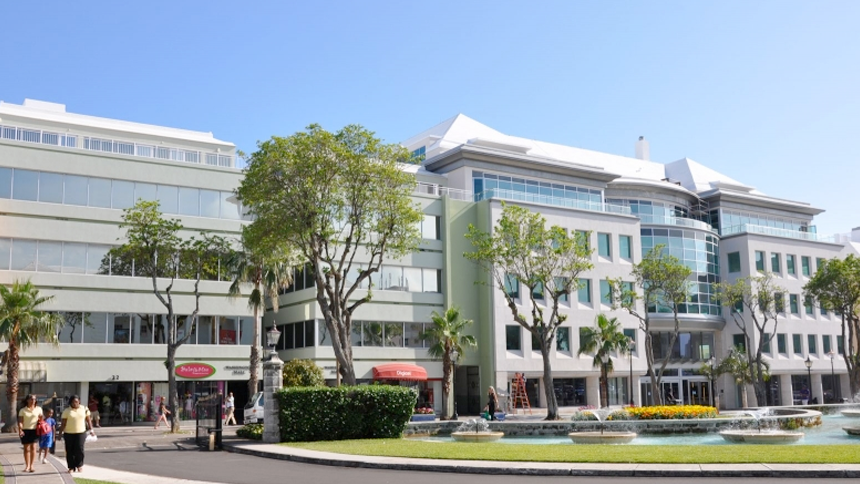 A full-floor office space above the newest phase of Washington Mall is now occupied for the first time since it was constructed in 2010.

It is a further encouraging sign for Washington Properties, the owner of the mall complex, as it rebounds from the lean years that followed the start of the economic downturn in 2008.

And shoppers can also look forward to aesthetic improvements being rolled out in the oldest parts of the shopping centre, which date back to 1972.

Smooth and elegant travertine tiles at the Church Street end of the mall, which opened in 2010, will eventually be extended through the rest of the mall to replace the original tile flooring.

Washington Properties is now seeing better days having weathered the extended economic downturn that coincided with the opening of Washington House Phase III six years ago. That phase included extensive office floors above the expanded mall.

Insurer Catlin Group were an immediate tenant and occupied one of the top floors until the company merged last year with XL Group, which has offices in Bermudiana Road.

While the Catlin name has now vanished from the prime spot it occupied outside an upper portion of the building, it has been replaced by BTC and Digicel, which took out the lease on the upper-floor offices vacated by Catlin.

However, since Phase III was completed the other large floors have proved to be harder to fill, reflecting a lack of demand for large office space in Hamilton since the economic downdraft of the late 2000s. But that is now changing.

Earlier this year Sun Life Financial International moved into the 15,000 square feet space on the third floor, becoming the first tenants in that part of the complex. That leaves only two full floors to be leased, and Paul Slaughter, general manager of Washington Properties, is optimistic that will happen.

“We’ve had a few enquiries and we are seeing people enquire for larger office spaces,” he said.

That is an important distinction, as for many years interest from perspective tenants was limited to small office areas. Washington Properties offers a range of office sizes, and can subdivide larger spaces if needed.

The management team have become somewhat nomadic within their own building. During the past two years they have moved offices four times. At the moment they are on the first floor, overlooking Reid Street.

Moving around so regularly is a good sign, as it means another older section of the complex, some of which date back to the early 1970s, has been brought into use and refurbished to meet the office requirements of today. It also means the team’s previous offices has been snapped up by an incoming client.

The team’s present set-up is a good example. They are in one of the oldest sections of the complex, which once had outdated, solid wall offices. The space has been refurbished with inviting glass partitions that allow natural light to pass deeper into the office.

“We don’t want to fix up a space until we get a tenant.”

Older fluorescent lighting has been replaced with cost-efficient LED lights. And LED lightning has been installed across the public areas of the mall.

Full article can be found on the Royal Gazette.