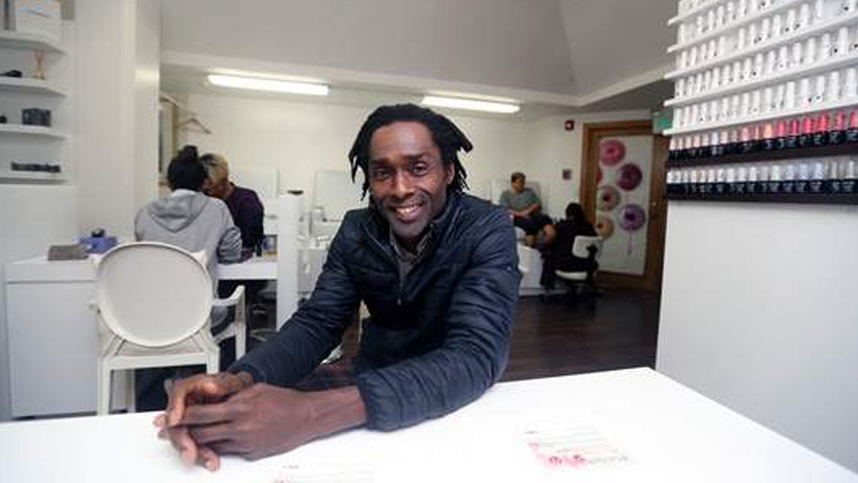 Having weathered the economic downturn, Polished nail boutique on Reid Street is coming back strong.

A year ago it opened a second outlet, The Waxing Room, in Washington Mall. Now, with the America’s Cup on the horizon and positive signs in the economy, manager Glen Wilks is feeling optimistic for the future.

Quality of service, competitive pricing, and being located in the heart of Hamilton have all been factors in the success of the business.

However, Mr Wilks sees scope for improvements. He also believes there is room for the Bermuda Government to offer more support for small businesses and entrepreneurs.

The Polished story began in 2012 when the nail salon opened on Reid Street, across the road from Brown & Co department store. There was also an in-store nail bar at Gibbons Company, however it eventually closed, one of many casualties of the six-year recession that started in 2009.

Another of Mr Wilks’s enterprises, The Kafu hair salon on Parliament Street, also closed during the downturn.

But Polished survived and has flourished. Last year it expanded to a second location, The Waxing Room, on the upper floor of Washington Mall.

The business caters for women and men. Across the two locations it offers a range of treatments, from manicures and pedicures, facials, and waxing, to hair treatments, massage, and eyebrow and eyelash enhancements and maintenance.

The city centre locations of Polished and The Waxing Room have been a factor in the success of the business, said Mr Wilks. But so too has the level of service and friendliness of staff, and the pleasant surroundings of the boutiques.

“It is a convenient location. People are in the city. You can get the services,” he said.

“We have a loyal and supportive client base, and we get pretty much everyone, from regular customers to corporate professionals, visitors, and new arrivals.

“We are building a strong relationship in terms of quality and efficiency. We have a very good team of technicians delivering to a certain standard, and we have a good, quality environment.”

The business has six staff, this number is set to increase as summer approaches.

Mr Wilks has a positive outlook for the road ahead.

“Our business has grown. This speaks to the optimism and encouragement that we have. Hopefully we can give the people more,” he said.

The America’s Cup in May and June represents a potential injection of new business. Mr Wilks said the people attracted to the event from overseas will likely have lifestyle preferences that can be catered for by Polished and The Waxing Room.

However, he feels the boost the sporting event is expected to bring is only part of the improving picture for the business and the economy in general.

“We have the infrastructure and we have excellent, trained people to deal with that. It is about always meeting the needs of the people, at a level that they expect.”

He added: “The America’s Cup is a step in the right direction. All the things for 2017 and beyond are dependent on what we do. We are looking forward to a meaningful turnaround in the economic landscape.

“Some people have seen a level of turnaround, but it has not been widespread and for everyone.”

He believes the government can do more to help small business and level the playing field in some areas. As an example, he points to the concessions given to hotels, even though they offer competing services to those offered by Polished and others who operate outside the hotel and resort sector.

“We are in hospitality. We are serving that demographic. But we don’t have the subsidies that have been given to hotels.”

He quickly added: “We are not afraid to compete. You need to be profitable in order to train people and keep going.

“Not everything is ideal. A lot of small businesses are disadvantaged when it comes to resources, but ultimately we have to be optimistic about the brand and the resilience of Bermuda’s people to move things forward.”

And referring to Polished, he said: “Four years in and we are looking to build on what we have, and play our part to make a difference.

“What we are doing is reflective of the possibilities the future represents.” 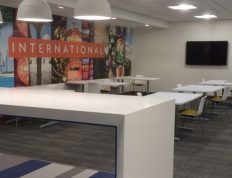