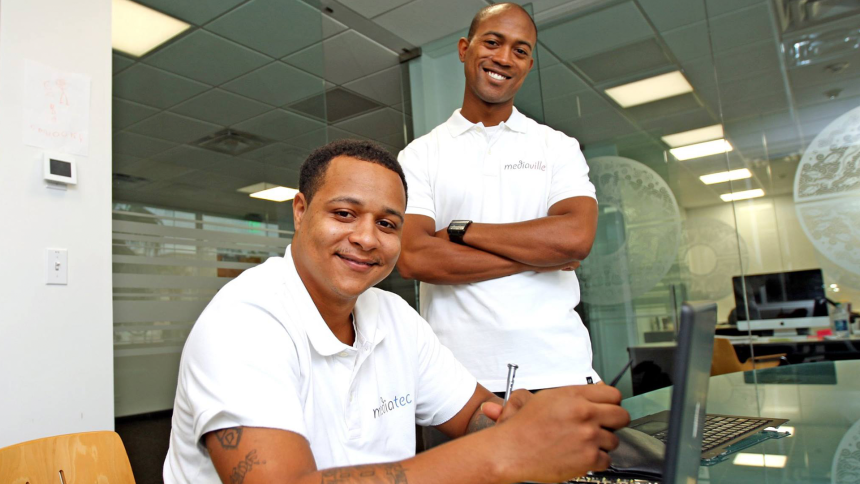 A new company set up as part of a stable of tech and design-related firms aims to cut the cost of owning Apple devices.

And Mediatec — part of the Mediaville — said it could provide cheaper repairs for iPhones and iPads as well as a low-cost insurance-style “wellness programme” for Apple devices.

From December 1, customers can pay a fee — $7.99 a month until the end of December and $10 a month after that — which guarantees if a device breaks, it will be repaired with a small charge for labour only.

Mediaville founder and CEO Melvin Dickinson said: “What we are doing is charging an early bird fee of $7.99 a month that gets people four screen repairs and unlimited small part repairs.”

He added that the Mediaville arm includes web and mobile development, branding, design and printing, promotional goods and social media services, was set up ten years ago to “find problems, create solutions and create a business around that.”

He said Mediaville got the idea for Mediatec when employee Wendelle Lightbourne, now assistant vice-president and chief technician at Mediatec, who was working in web design, said he was going to fix a broken phone because it would be too expensive to have it done elsewhere.

Mr Lightbourne, who has a background in engineering, but moved into web design with Mediaville five years ago, explained: “I broke my phone one day and called around to get some prices — I decided to do it myself.”

Mr Dickinson added: “We decided to build a business around that.”

Mr Lightbourne said: “We do diagnostics, phone repairs, laptop and computer repairs — we’re basically aiming to do it all including software and hardware services.”

Mr Dickinson added: “It’s a huge market — there are four other competitors that fix devices, but we feel we can do it cheaper.

“We have told a few people about it and we’ve been flooded with requests to fix their phones. There’s definitely a market out there.”

And he said: “This is just one of several companies we will be launching in the next twelve months. They’ll all be tech-type companies.”

Mr Dickinson, who worked for several years in the US managing websites, graphics and advertising, later moved back to Bermuda and started Mediaville.

Mr Dickinson graduated with a double bachelor’s degree in computer information systems and management and later completed a master’s degree in project management.

He said: “I have a passion for web design which grew into a business. We’ve been in operation for ten years, seven of those under the Mediaville brand.”